We start Episode 4 out with another nefarious action by the STO - a holocafe bombing! 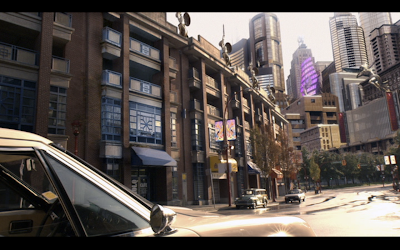 This is clearly a heavily CG'd shot. But, the "holocafe" building exists in real life, on Keefer St. between Main and Quebec in Vancouver (thanks to the anonymous reader for the tip!):

Clarice decides to steal an e-sheet: 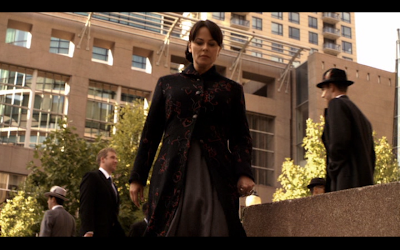 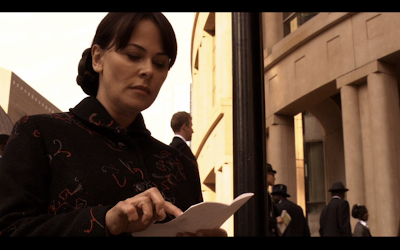 And where better to do this than a library? For this scene, the filming crew returned to the main branch of the Vancouver library. In the first shot, you can see Clarice silhouetted against the Westin across the street:

In the second shot, she's in front of the actual library, near one of its plentiful lamp poles. 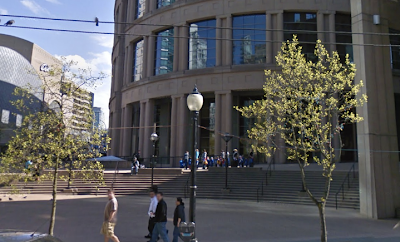 We later see Joseph in a street scene with very little detail: 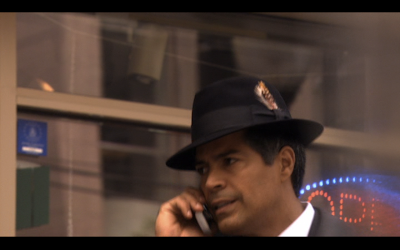 Working under the assumption that the crew would have filmed Esai Morales around the same time & in the same area as the Clarice scenes, I looked around the library building for a possible match. I think this is it: 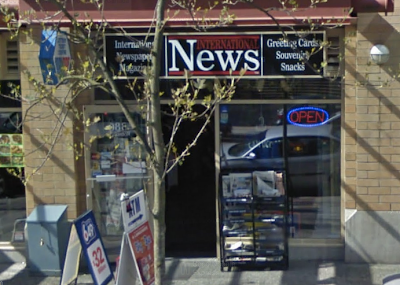 This is International News at 386 Robson. They have drink cases inside (which you can see when Joseph ducks into the store later), the window stickers match, and perhaps most importantly, this is the only store facing the library that has an "Open" sign that is made up of dots rather than neon or a back-lit plastic sign. So I'm pretty confident that this is the place.

Next up, Lacy visits Keon's work: 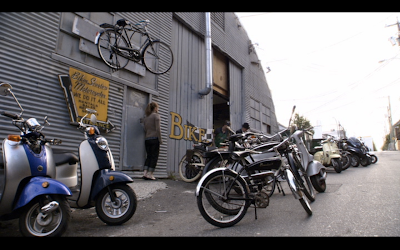 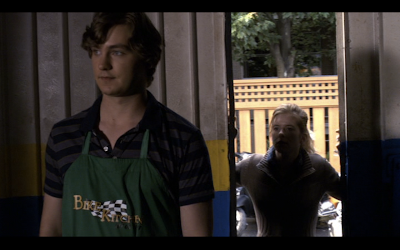 This one was challenging for a couple of reasons, not the least of which is the lack of visual clues. I initially thought that "Bike Kitchen" on Keon's apron might be a hint. Turns out that the bike shop at the University of British Columbia is called the Bike Kitchen, but it's in the student union building, not a quonset hut.

So there are 4 primary clues as to this location: the large quonset hut structure, the uphill angle of the street, the wood fence visible behind Lacy, and (if you play with the contrast of the screen shot) the large number of overhead lines. So I looked for a quonset hut with an alley in an area where the street has a significant elevation change, and found this:

The street view isn't great, but it shows (a) lots of overhead lines and (b) a wooden fence across the alley: 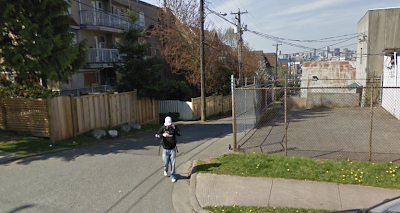 Absent any evidence to the contrary, I've got a good feeling about this building near Hastings & Salsbury.

Finally, we spy what I assume is a SkyTrain station when Sam is driving Amanda home: 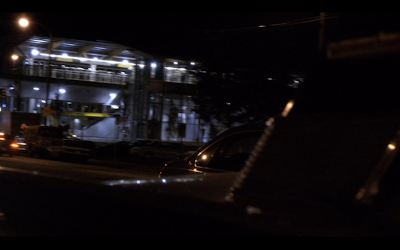 I've received a tip indicating that this is likely the Renfrew station at 12th & Renfrew. Sounds good to me!