We begin Season 1.5 with some good old fashioned channel flips. You can tell the production team has gotten better as the series progressed... they're much slicker than the ones from earlier in the series.

At one point we see Jordan Duram speaking: 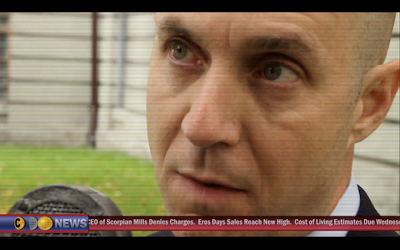 Both the architecture and the principle of film location conversation suggest that this was filmed at the Riverview hospital in Coquitlam - it looks like the building's stonework, and let's face it, this actor was already there.

Next we see C-Bucks fans filing into an arena: 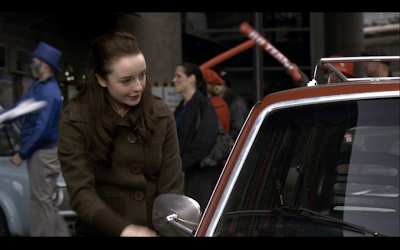 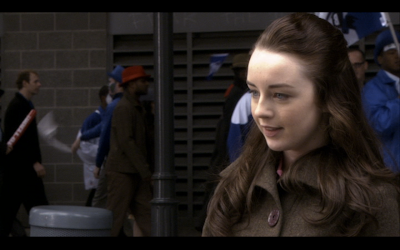 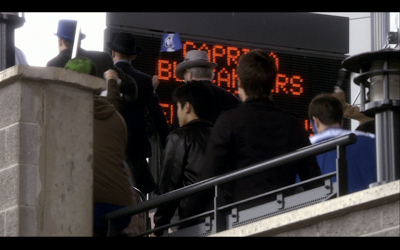 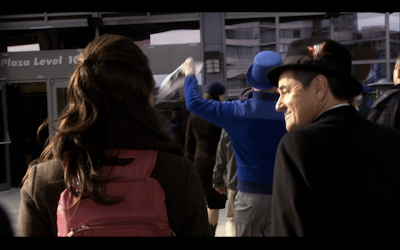 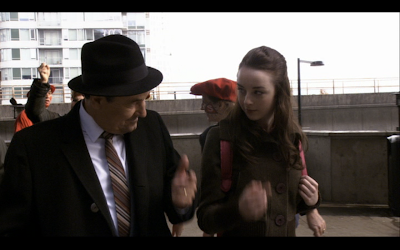 Is there any reason to think this isn't Rogers Arena in Vancouver? After all, the C-Bucks and the Canucks have the same color scheme.

In fact, I think it's likely that the young terrorist got out near the corner of Dunsmuir and Expo: 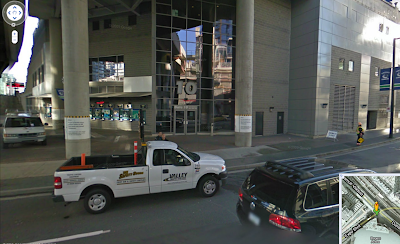 You can see the street light, the vents, the concrete pillars with the white signs, and right around the corner is a set of stairs with a sign at the top. Here's some pictures I took on one of my trips: 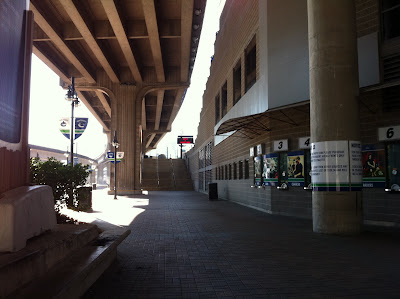 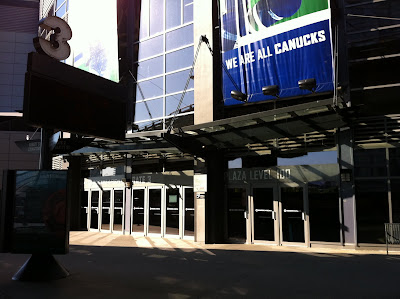 I guess they changed the stadium font since this scene was filmed.

Later we see Daniel being driven to meet the Guatrau: 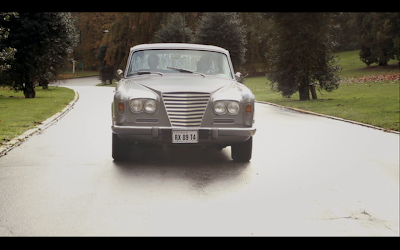 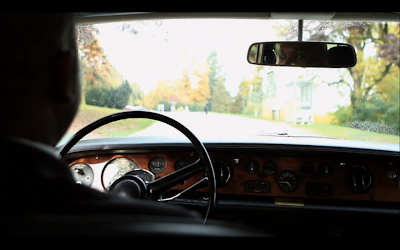 Although Riverview Hospital has very little Street View coverage, certain visual cues indicate that this is where this portion of the show was filmed. First, the road that Daniel's car is driving on has a 3-way fork, with smaller trees planted alongside: 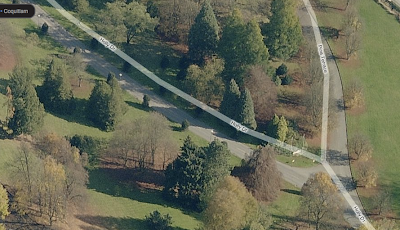 In the second picture above, Daniel's car drives past a bus shelter. There is a bus stop on the hospital grounds.

Daniel gets out of his car: 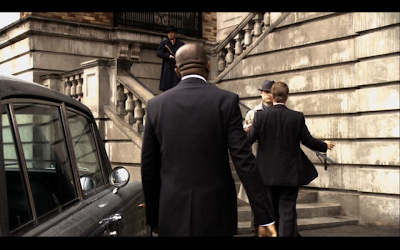 It's the Riverview Hospital in Coquitlam! The building is very distinctive, and of course has been used in BSG and in previous episodes of Caprica. Here's a picture I took in the summer of 2012 (there was, of course, filming going on at the time): 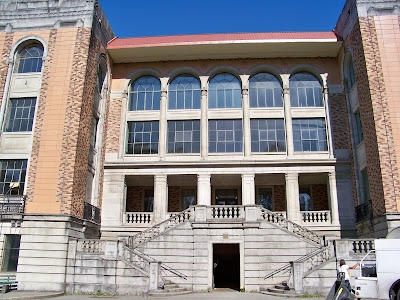 After Daniel meets with the Guatrau, he meets Sam and Joseph out on a balcony: 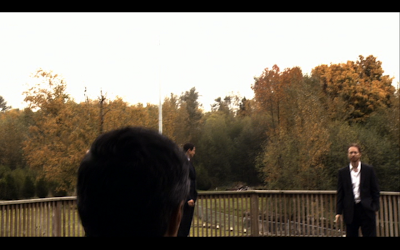 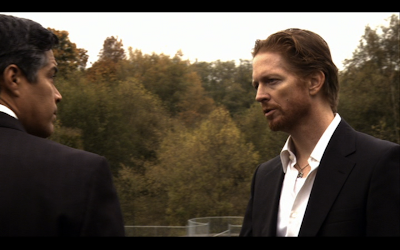 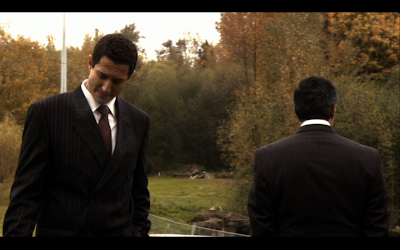 I suspected this was a different location... Unfortunately there was no commentary (podcast or otherwise) on this episode. Given the likely specifics of the building (multiple stories, balcony, looking out over trees) I began looking at golf courses and older hotels, to no avail. I resorted to Google searches, and eventually ran across an LA Times article about the challenges of setting Caprica in Vancouver. One of the location managers mentioned that the farthest-out filming location was 50 km from the studio, in a 40,000 SF mansion on a farm. I couldn't think what other location this might be referring to, and doing a few searches for the largest houses in the Vancouver area turned up this article on Canada.com. There's a picture that shows the balcony and the round fenced area (turns out it's near a pool). The house itself if at 29444 58th Avenue in Abbotsford. Here is an aerial:

Where's Zoe-A/R, you may wonder? Good news, she's back (somehow), and ready to kick some ass: 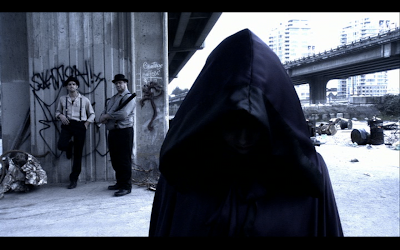 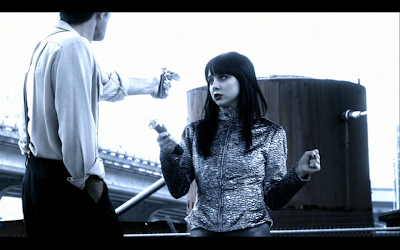 The dual overhead lines and the large storage tank made this one a pretty quick find. Fittingly it is also near Rogers Arena, near Carrall & Dunsmuir: 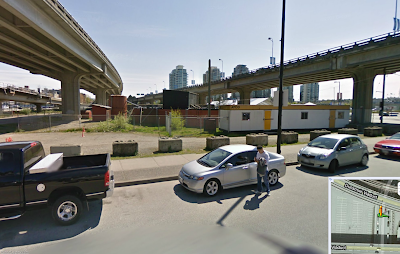 Tank is a match, buildings in the background are a match. Frankly I don't see where else it could be.

At the end of the episode we learn that Amanda is alive, and in a cabin: 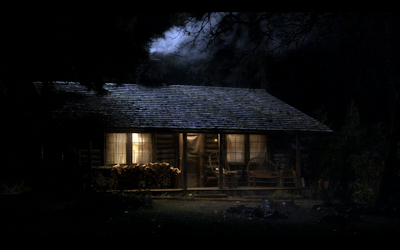 Per the good folks at MovieMaps.org, this is the Caretaker's Cottage located at 2720 Pemberton Avenue in North Vancouver.

Oh, and don't forget the deleted scene between Lacy and Keon: 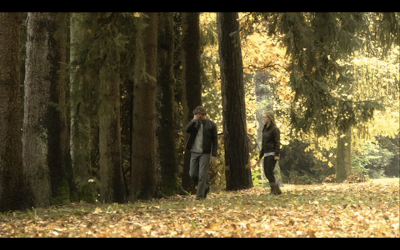 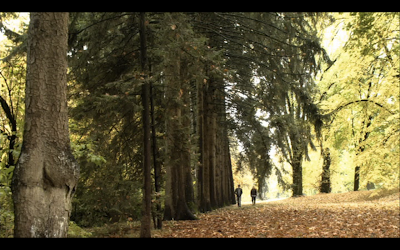 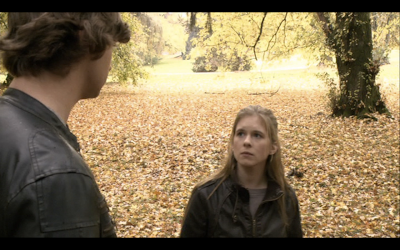 I haven't been able to match this to a location on the Riverview Hospital grounds, so maybe it's near the big house in Abbotsford?