Episode 8: Ghosts in the Machine

There's a lot of New Cap City in this episode, including this one: 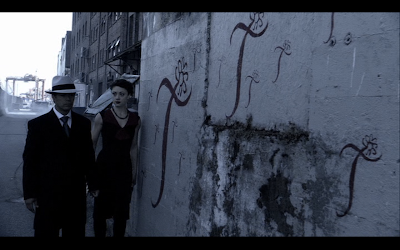 Which I believe is the wall at the end of this row of buildings: 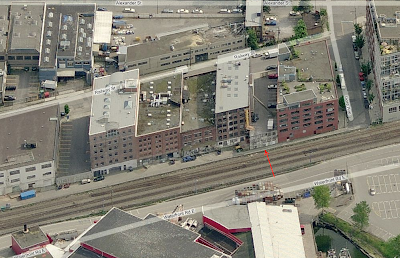 I mostly believe this because of the way the scene is set up, and the fact that other scenes were filmed here. Plus, Joseph walking by the parked trains (and the cranes in the background) doesn't hurt.

While the background of many of these next shots are clearly CG'd, the foregrounds are most likely the Watchmen studio backlot near Byrne & Marine in Burnaby (see Episode 7 for aerial & street view): 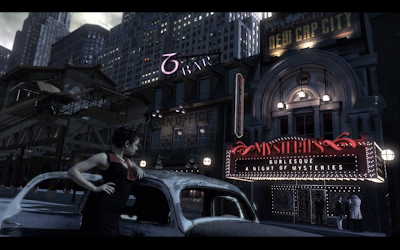 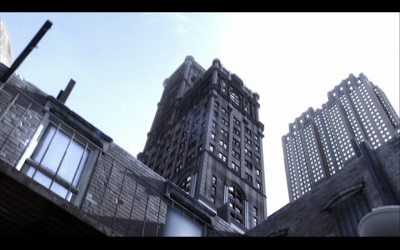 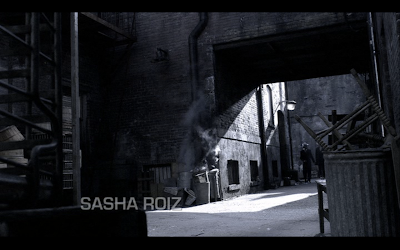 We visit the forest bridge that Amanda had previously seen in flashback: 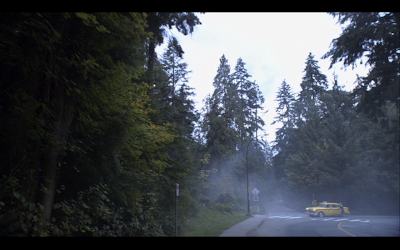 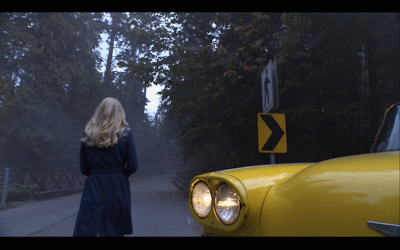 I had initially been looking for this bridge in mountain areas near North Vancouver, starting near Capilano and working my way outward. Then, inspiration hit: the fog probably meant that this was in a lower-elevation area near water. So that left me with two obvious choices: Pacific Spirit Regional Park near UBC, and Stanley Park. Fortunately Pacific Spirit has very few roads, and I was able to rule it out quickly. This left Stanly Park, and wouldn't you know... 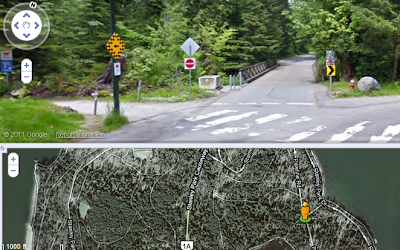 The signs, pedestrian crosswalk, and street light line up, so I'm pretty sure this is the place.

We revisit the v-club interior from Episode 7, from a slightly different angle: 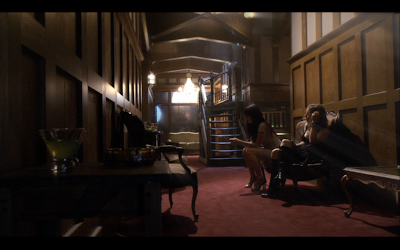 I still think this location is most likely the Orpheum, but as previously stated, it would be a highly dressed portion of the set.

We get our most illustrative view of the Willow House yet: 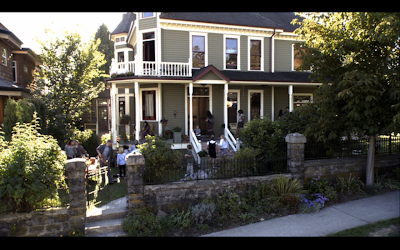 So, funny story about the Willow house.

I was looking for a house from a cut scene from Episode 7. It had an unusual house number (114), and using real estate records I had ruled out Vancouver and Burnaby before finally finding it in New Westminster. While ruling out other properties, I was panning around Google street view & noticed that the back of one particular house looked like it might possibly belong to the Willow house. I've had this thought many times before, so I didn't expect much, but as I moved around the block, I got more optimistic. Eventually I found this street view: 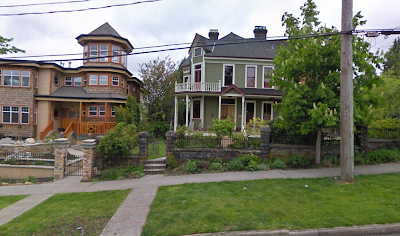 Look familiar? This is near the intersection of First & Park in New Westminster. I was unbelievably pleased to have found it. I still can't see any street numbers on the house, so without serendipity, it might have been a while until I found it (if ever).

Looking back, I was correct in my assumption that the house is located on a corner lot. But it's actually on a wedge lot, which would have been difficult to figure out from the information we saw in the series, and led to me looking at a lot of regular corner lots with no success.

OK, enough basking in my own glory, back to the episode. We visit a cove: 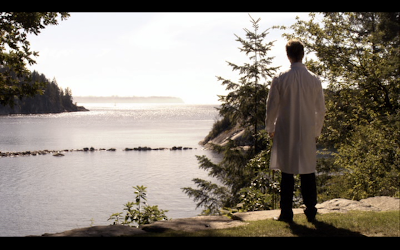 Thanks to the good folks at MovieMaps.org, this was filmed at the Whytecliff Park Beach in W. Vancouver (here is an aerial): 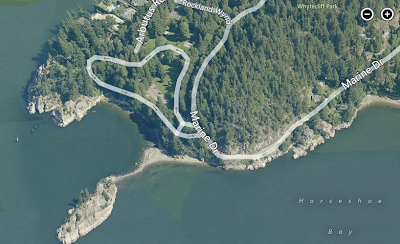 This episode also had two quality deleted scenes. In the first, some terrorists are covertly advertising a meeting: 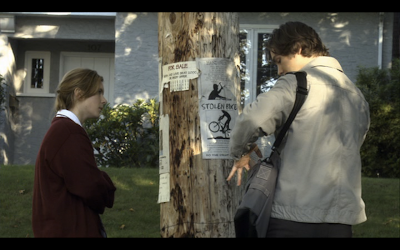 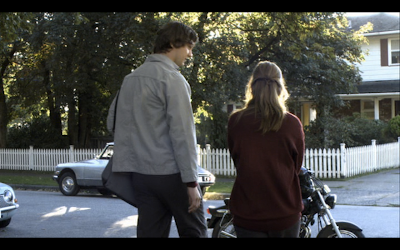 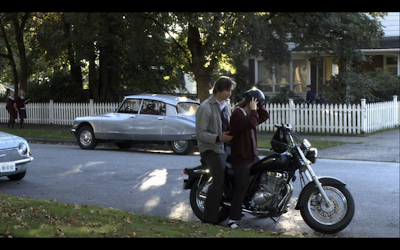 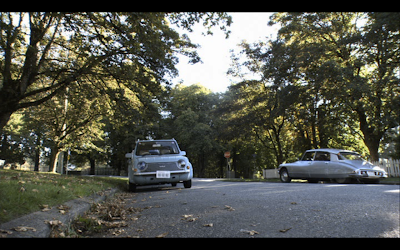 Using the principle of filming location re-use, and seeing the bleachers in the background, I assumed this would be near 114 Queen in New Westminster, where a previous deleted scene was filmed. Sure enough, near the corner of Queen & 1st, I found both houses & the telephone pole you can see in the screen shots above:

We also get a deleted scene from virtual Little Tauron: 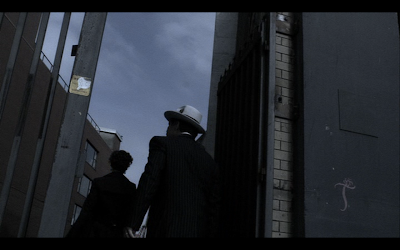 Turns out the building they're looking at is pretty unique, so it wasn't too difficult to find: 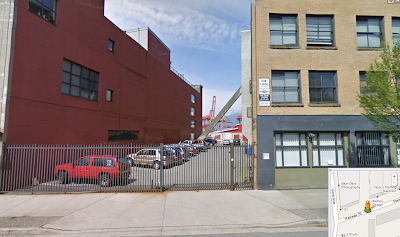 This is near Railway & Gore in Vancouver.